Back to Projects
Remedial Services

Beachfront Viscount in Surfers Paradise is a large scale family accommodation, located just steps from one of the Gold Coast’s most spectacular beaches.

Beachfront Viscount provides premium accommodation and facilities right in the middle of central Broadbeach and Surfers Paradise, allowing guests to explore all that this area of the Gold Coast has to offer.

The Beachfront Viscount is a 40-year-old, 30-unit beachfront building that had been grappling with how to finance a list of work that needed to be performed, including concrete cancer repairs and a full repaint.

They found that the traditional way of saving up or imposing levies for a number of years was going to take too long so the Beachfront Viscount team was open to a new approach.

Together with the Beachfront Viscount team, Programmed spent a significant amount of time to understand the full scope of work involved. From there, a comprehensive works document that included costs was created.

This cost amortisation solution which would also allow the site to be well-presented over the long term was provided to the owners. It was overwhelmingly approved on the understanding that the remedial works and improvements could be performed and enjoyed immediately – rather than waiting for years to save up for the required repairs and improvements.

The works at Beachfront Viscount took approximately seven months to complete. There was a significant amount of concrete cancer discovered than was originally expected, resulting in more works than anticipated but the Programmed team made certain to minimise the noise and disruption to guests, owners and managers..

As the works progressed, there were a number of variations that arose that Beachfront Viscount’s body corporate felt would be beneficial to the building long term.  Programmed provided costings for these and assisted Beachfront Viscount to simplify their implementation by adding them to the full scope of works.

A project of this scale was the first for Beachfront Viscount who were confident in and overwhelmingly happy with the works performed by Programmed.

Whenever an issue did arise, the Programmed team were there to provide a solution and were always available to discuss what options they had for Beachfront Viscount in order to achieve the best outcome for their building.

Following the repaint, an integral part of Programmed’s solution going forward will be the the annual washdown and paint maintenance program. This will ensure the building keeps on looking fantastic and maintained, providing the best possible longevity for Beachfront Viscount’s painting, remedial and improvement works.

Back to All Projects 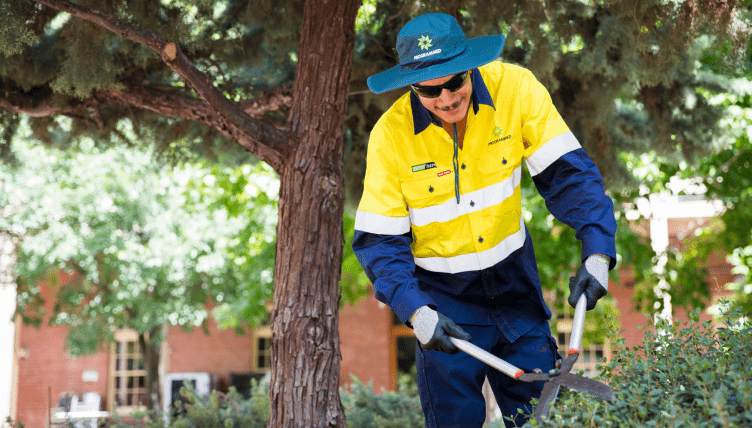 Our local expertise and strong national network enables us to provide customised solutions to meet any maintenance need. Whether you’re seeking signage, painting, grounds, remedial or building works, you can trust us to deliver comprehensive and quality maintenance solutions.

Our commercial painting teams can complete jobs of any size at times convenient to your business, from national scale projects involving multiple sites, to one-off repaints.

Our national network of building services enables us to deliver projects and solutions of all sizes and scales, in compliance with statutory guidelines. We provide seamless delivery and tailor innovative, cost-effective and time-efficient remedial solutions to building problems.

Read More
What our customers say

Our project was definitely one of scale and any issues that arose, Programmed were there to discuss options to achieve the best outcome. We have been very happy with the works performed in and around our building. I would certainly recommend talking to Programmed about performing major works around your building, including painting.

We’re very happy with Programmed – the services provided and the consideration of the college requirements has been great. I would recommend Programmed for their quality of work, their service, their straff, their reliability and the personal relationships they build up with their clients

It’s been a godsend to have someone who could do a job that recognised the difficulty from the start and that allowed them to complete the job on time and on budget and we look forward to working with Programmed in the future.

Paul Brown
General Manager of Infrastructure - Etihad Stadium
Previous Next
Contact us
special offer
How can you make your grounds even better?
Enquire for a FREE grounds assessment (valued at $500).